Krista Dalton, Assistant Professor of Religious & Jewish Studies, has published an article,“Rabbis as Recipients of Charity and the Logic of Grammarian Piety” in the Journal for the Study of Judaism, August 2021. 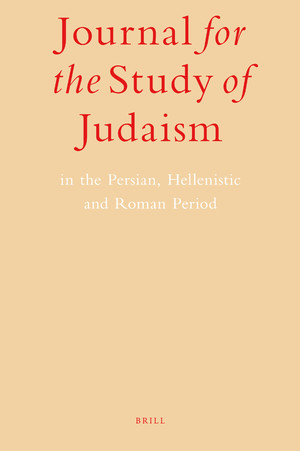 Palestinian Amoraic literature depicts some rabbis as recipients of charity. While some scholars have suggested that these donations supported poor students and others have argued that rabbis solicited charity in order to expand their own power, this essay suggests that these approaches sideline rabbinic hermeneutics. When viewed through the lens of grammarian piety, there is a grammarian and conceptual case to be made that rabbis should in fact receive charitable donations. Analyzing two linguistic exercises using Isaiah 58:7b in Palestinian Amoraic literature, this article demonstrates how the association of rabbis and charitable donations made conceptual sense according to the logic generated through grammarian hermeneutics.