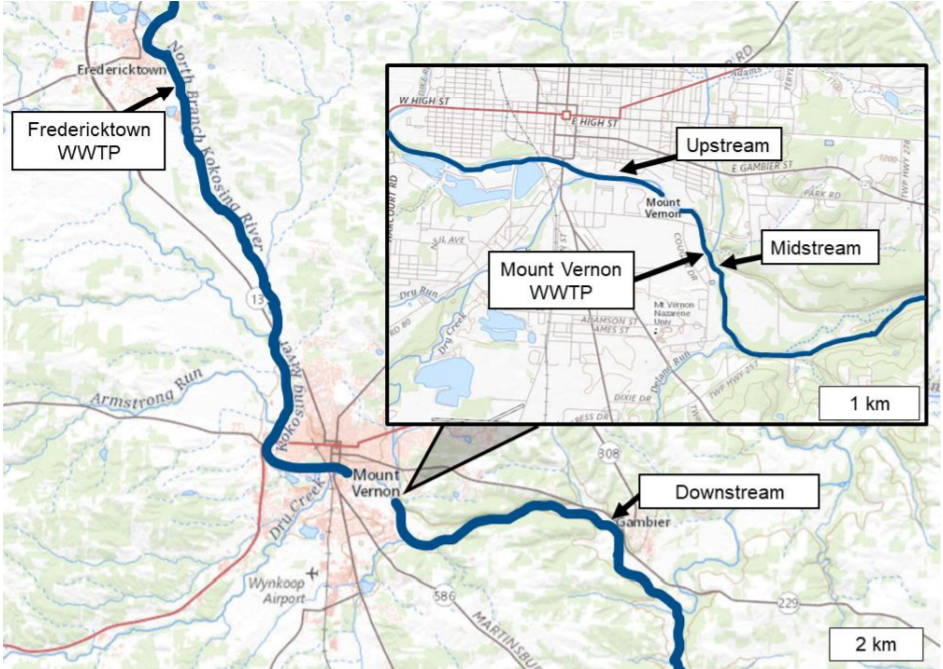 Figure 1. Map of water sampling sites on the Kokosing River.

The entry of antibiotic resistance genes (ARGs) into aquatic systems has been documented for large municipal wastewater treatment plants, but there is less study of the impact of smaller plants that are situated on small rural rivers. We sampled water metagenomes for ARG and taxa composition from the Kokosing River, a small rural river in Knox County, Ohio, which has been designated an Ohio State Scenic River for retention of natural character. Samples were obtained 1.0 km upstream, 120 m downstream, and 6.4 km downstream from the effluent release of the Mount Vernon wastewater treatment plant (WWTP). ARGS were identified in metagenomes using ShortBRED markers from the CARD database screened against UniPROT. Through all seasons, the metagenome just downstream of the WWTP effluent showed a substantial elevation of at least 15 different ARGs, including 6 ARGs commonly associated with Acinetobacter baumannii such as msrE, mphE (macrolide resistance) and tet(39) (tetracycline resistance). The ARGs most prevalent near the effluent pipe persisted 6.4 km downriver. Using MetaPhlAn2 clade-specific marker genes, the taxa distribution near the effluent showed elevation of reads annotated as Acinetobacter species as well as gut-associated taxa, Bacteroides and Firmicutes. The ARG levels and taxa prevalence showed little dependence on seasonal chlorination of the effluent. Nitrogen and phosphorus were elevated near the effluent pipe but had no consistent correlation with ARG levels. We show that in a rural river microbiome, year-round wastewater effluent substantially elevates ARGs including those associated with multidrug-resistant A. baumanii.